The oldest way to store food is to dry it. With the help of this process, they can be prevented from spoiling and reduce the volume of the product and make it easier to transport, store and package food.At present, Iran is one of the largest producers of dried fruit products in the world.Exports of Iranian dried fruit products abroad, such as pistachios, raisins and dates, have made Iran a major competitor to other dried fruit producing countries. Most of these high quality products are exported to Europe.

:In general, nuts are divided into two categories

Various types of Iranian nuts are exported to more than 50 countries. Some of these countries are the United Kingdom, France, Germany, Italy, Spain, Sweden, Norway, Portugal, the United States, the Persian Gulf countries such as Qatar, the United Arab Emirates, Saudi Arabia, Kuwait and other Asian countries such as China, South Korea, Japan, Australia and Russia. 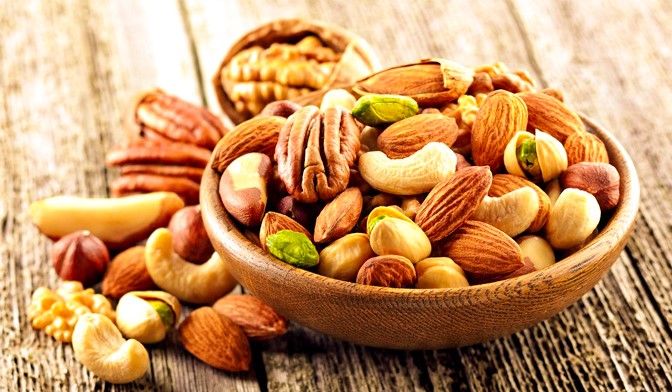 Due to its special conditions and type of climate, Iran has a very diverse and quality agricultural products that according to the past history of items such as dates, raisins, figs, pistachios, walnuts, almonds, etc. in the form of nuts, both in the domestic market and Used in foreign markets. Iranian dried fruit industry due to having goods such as:

One of the best-selling dried fruit products in Iran is a product called pistachio. Pistachios produced in Iran have different types, but in general, this product can be divided into two categories of hazelnuts (Koleghoochi and Ouhadi pistachios) and the second type called almond (Akbari and Ahmad Aghaei pistachios).Kerman province and Rafsanjan city are among the pistachio-growing areas of Iran, where about 40,000 tons of pistachios are harvested annually. The special climatic conditions of Rafsanjan are very suitable for planting pistachios and the products of this region are very good. Other cities such as Damghan, Neyriz, Marvast, Anar, Babak and Nain are among the cities that play an important role in the production of Iranian pistachios. 20% of the total production of this product is consumed domestically and the remaining 80% is exported abroad.

Another dried fruit product in Iran that has many properties is dried figs, but the properties of its dried product are far more than fresh figs. Estahban is the fig capital of Iran, which has the largest natural fig garden in the world. The city of Gulogah is another city that has a suitable climate for fig production. Throat figs are much larger in size than Estahban figs and are almost of different breeds. Dried figs are generally divided into the following categories:

Grade 101 Dried Figs (AAA): The most expensive type of Grade 101 dried figs, which has light-colored seeds (white and yellow) and a large size, ie larger than 24 mm, and dried fig seeds in this type are all open and No fine grains or dark color.

Dried figs grade 101 (A): This sample contains light-colored seeds (white and yellow) and size between 14 to 22 mm. In this type, dried fig seeds have at least 25% open mouth and a maximum of 15% dark seeds.

Grade Dried Figs (AA): Contains light-colored seeds (white and yellow) with an average size of 20 mm. In this type, dried fig seeds have at least 45% open mouth and a maximum of 4% dark seeds.

Grade Dried Figs (A): Contains yellow and brown seeds with an average size of 20 mm. In this type of dried fig seeds, most seeds are closed-mouthed and at least 25% open-mouthed.

Grade Dried Figs (B): Contains brown and gray seeds with an average size of 14 mm. In this type, dried fig seeds are most seeds with the mouth closed and at least 3% of the mouth open.

The best type of dried berries in Iran is official dried berries and the best export destinations for this product are from Iran, China, UAE, Italy and Oman due to the easy trade relations between these countries and Iran.

Iranian raisins are of very high quality and are considered as a strong and powerful competitor for other major countries producing this product, such as the United States and Turkey.Another name for this product is dried grapes, which has many fans in the world. This factor has made its export more successful and desirable than grapes. Iranian raisins are exported to 80 countries around the world. Raisin exports to Iraq, Oman and the UAE are booming. The city of Malayer is one of the major producers of grapes and raisins in Iran. Grapes and raisins are produced in this city, the best of which is white currant.

Cities producing raisins in Iran include:

Due to the high quality of walnuts and its relatively high price, this product is called green gold. Iran is one of the three largest walnut producing countries in the world. Tuyserkan cities in Hamedan province and Baft in Kerman province are the most walnut producers in Iran. Iranian walnut is one of the best walnuts in the world in terms of taste, oil and flavor. At present, Iran exports walnuts to 30 countries, including Iraq, Turkey, the United Kingdom and Germany, which have the largest share of Iran’s walnut export market.Dried walnuts include two types with skin and without skin (walnut kernels) are available in the market.

Dates are another dried fruit product of Iran that Kerman has the highest production of dates in the country and after that, Sistan and Baluchestan province is ranked second in the production of this product. Dates are very diverse and the most expensive and best type is Pyaram. Pyaram dates are made in Hormozgan and are very popular because of their many properties ‌. Mazafati dates are also among the most well-known types of dates in Iran and are one of the most delicious types of dates in the worldOther types of dates produced in Iran include Halili dates, Zahedi dates, Kabkab dates, Mardasang dates, Khasavi, etc.

Hazelnut is another type of Iranian dried fruit and is also the producer of the best type of hazelnut. This product is exported to other applicant countries both raw and salted. Hazelnuts are exported annually in large quantities to various countries such as Spain, Bahrain, France and Greece. Although Turkey is the largest producer of hazelnuts in the world, Iran is a very strong competitor and able to export hazelnuts. The best type of hazelnut is obtained from Eshkor region, which accounts for 60% of the country’s hazelnut production. Hazelnuts are marketed in two forms, with and without skin (hazelnut kernels), which are often used for nuts without skin.

Among almond exporters in the world, Iran has a special place and is the fifth largest producer of almonds in the world. Almonds are one of the nutritious nuts that have different types; Paper almonds, which are sold raw in the market, are one of the most important types of almonds. Major almond producing countries include the United States, Africa, Australia, Iran, Spain, Morocco, Syria, Italy, Turkey, Tunisia and China. This product is exported to 26 countries such as Turkey, Persian Gulf countries, India and Germany. The top exporters of almonds are the United States, Spain, Germany, France and Iran. The most important export market for Iranian almonds is India.

Another well-known type of almond in Iran is peanut, which due to its quality, is one of the most important non-oil export items in Iran.Peanut production hub in Iran is Astaneh Ashrafieh. 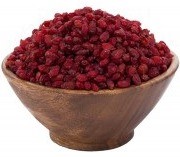 Another very attractive product in the world markets is barberry, which is exported fresh and dried from Iran to other countries of the world. Iran is the largest producer of barberry in the world. South Khorasan province has been able to produce 95% of the world’s barberry with 97% of barberry production. The United States has the highest barberry imports in the world, followed by China, Germany, Canada, the United Kingdom, Hong Kong, France, Spain, Belgium, Vietnam, Japan, Italy, Russia, the UAE, Australia, Indonesia, Chinese Taipei, Belarus, Norway, Saudi Arabia, the Netherlands and Singapore are among the major importers of barberry.

At present, one of the most prosperous export items of Iran is its dried fruit export, which has made Iran one of the largest exporters of dried fruits in the world due to the four seasons of the agricultural climate. Fruits such as apples, Iranian bananas, kiwis, strawberries, oranges, apricots, cherries and many other fruits are harvested in large quantities in Iran and after the drying process are exported to other countries.

Thailand is the world’s largest exporter of dried fruits, followed by Turkey, the United States, Germany and Chile, respectively.

The United States is the world’s largest importer of dried fruits, followed by Germany and the United Kingdom. 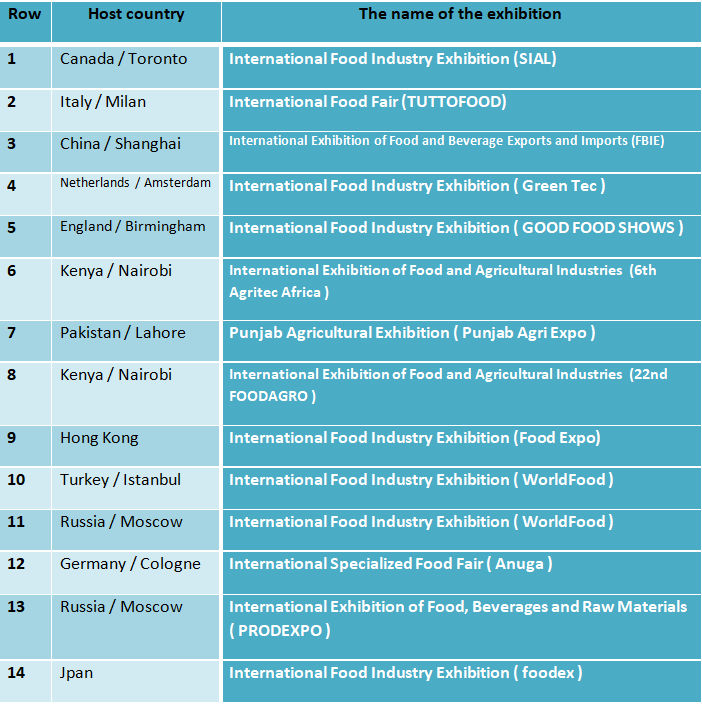